Ser uses a gender equality index developed by the United Nations that measures things like adolescent birth rates, labor market participation by gender, and proportion of parliament seats occupied by women (you can read more about the metric here). And what Ser showed was a correlation between countries with better gender equality and the ranking of women’s soccer teams going into this tournament (measured in FIFA points).

Here are the results, with better-performing teams toward the right end of the chart, and countries with better gender equality toward the top. 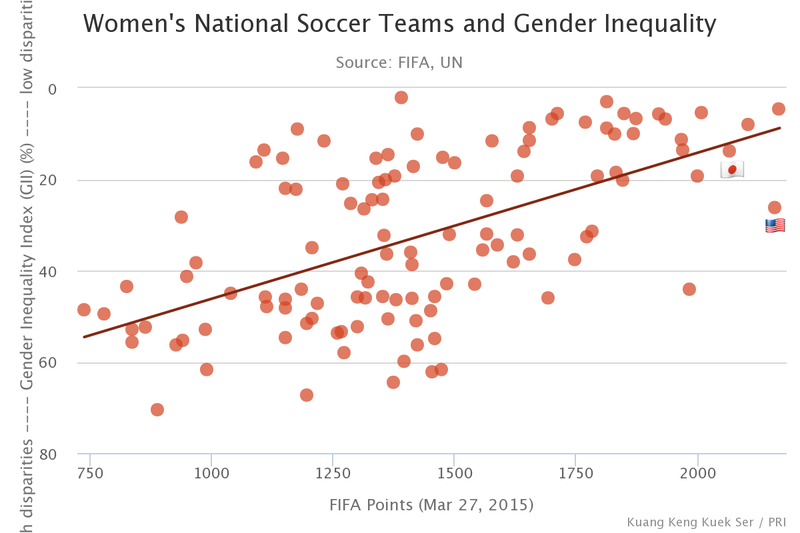 “Teams that scored above 1,800 points are from countries with gender disparities below 30 percent,” Ser finds. There is one exception to this rule, Brazil, which Ser talks about in more detail here.

You can see that the American team is actually a bit of an outlier. Among the 126 countries that field teams, the U.S rank in the top 20 for gender equality. But they actually have less gender equality than Ser’s correlation suggests a country with their success in women’s soccer would, and less than Japan.

In either case, it’s a compelling theory that makes some intuitive sense: Countries that give women more opportunities seem to end up with stronger women athletes, too.