‘Sport for Development’ is the method where sport is used as a tool to a non-sporting end in a number of ways. It aims to bring people together to raise awareness, to act as an incentive for other purposes and also to be a preventative measure from negative behaviours.

Sport 4 Development Ireland (S4DIreland) is a not for profit project set up to highlight that sport is used in a positive way to address issues in people’s lives both here in Ireland and around the globe, and to give Sport for Development a presence in Ireland. S4D will act as a network and central communication hub for people and organisations that are interested and/or involved in using Sport for Development.

S4DIreland’s main presence is through its website sport4development.ie and its associated social networks. The aim of the website is to establish a presence and act as a link between various people, projects and communities involved in Sport for Development.

“Sport has become a world language, a common denominator that breaks down all the walls, all the barriers. It is a worldwide industry whose practices can have widespread impact. Most of all, it is a powerful tool for progress and for development.”

The Potential of Sport to Contribute to Social Development 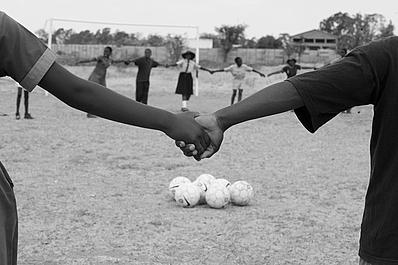 The last two decades have seen a rapid increase in the use of sport for development and peace-building. Leading international bodies have formally recognised sport as a contributor, alongside other interventions, to the Millennium Development Goals (MDGs) and to address social, economic and development challenges and global public health. The sport for development and peace (SDP) movement has gained increased profile and credibility, and today sport is being widely used by many agencies to promote social change. It is seen as a form of social activity that offers opportunities to:

The benefits of sport are considered especially relevant for the most vulnerable including the poor and excluded, girls and women, people with a disability, those living in conflict areas, and those recovering from trauma. This makes sport a relevant partner in a range of development work to support these groups. Thus, a growing number of established global development agencies have begun including specifically planned sport interventions in their broader strategy, an approach that recognises sport can best serve development objectives by being integrated into the policy domains to which it can contribute.