The Issue of Human Rights Abuses, Fifa and the World Cup.

A fantastic article written by Sibylle Freiermuth from SportandDev.org on the issue of human rights abuses, Fifa and the World Cup. 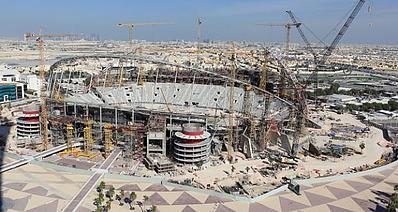 Sibylle asks the question that is on a lot of peoples minds, “is fifa doing enough to ensure that the world cup is not complicit in human rights abuses”!!!

Meghna Abraham, who was part of an Amnesty inspection team in Qatar, outlined the systemic problem of forced labour under the kafala sponsorship system, which also affects the workers constructing the World Cup facilities. Workers, primarily from Southeast Asia, are often recruited under false pretexts and then forced to work under terrible conditions. While this abusive system is enshrined in Qatari law, Amnesty International argues that the organisations behind mega-events must do their due diligence to ensure that they are not complicit in the abuses.