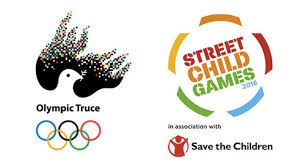 Terredes Hommes, Street Child United and Dreikönigsaktion (DKA) have joined forces in order to give a platform to the rights of vulnerable children affected by the #Olympics.

The #StreetChildCongress in Rio de Janeiro has been running since 15th of March and ends today. The event welcomed former street children from across the world, as well as children and youths from Rio.

The Congress is part of the Street Child Games ( #IAmSomebody )14-20 March and will feature Olympic-themed games for young people from countries including: Brazil, Argentina, Egypt, Mozambique, Burundi, Pakistan, India, Philippines and the UK.

The Congress will conclude with a General Assembly today Friday 18 March welcoming journalists, business leaders, local authorities and government representatives. The children and youth will present their recommendations expressing the issues they faced before the Rio 2016 Olympics.

The outcomes of the Congress will include an open letter to the International Olympic Committee demanding that vulnerable children are protected from the abuse of their rights when a Mega Sporting Event is taking place.

In addition to highlighting the impact of #MegaSportingEvents, the Congress will address the UN Convention on the Rights of the Child ( #UNCRC ) and some of the fundamental rights abuses they face. The recommendations expressed by the children will be included in the Rio Resolution which will be presented to world governments and the United Nations.

The partnership between the three NGOs will continue throughout the Olympic year to ensure that those vulnerable children are given the opportunity to be heard and their rights are protected.

More Information can be found on the following links;

Support the Games and make a difference!