As the ‪Homeless World Cup‬ men’s qualifying rounds move into the group stage and the women’s qualifying stage reaches its peak, over 70 matches will take place in ‪George Square‬ today.

It’s all to play for as Ireland go into the next stage of the 2016 Homeless World Cup top of their group with 14 points . 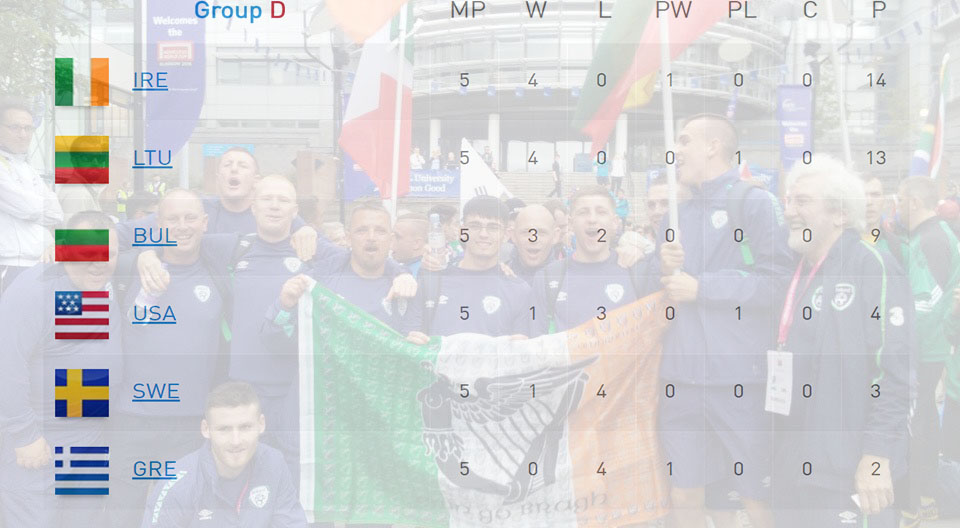 Ireland will face off against Hungary in Group B at 11:30 AM on pitch 2 later today. Hungary are ranked 20th for the 2016 tournament.

In 2015, Hungry gave a strong performance in the second round earning the Hungary men’s team a place in the Life Goals Cup, a fourth tier trophy. With 62 goals scored throughout the week, they finished in 29th place IN 2015.

Team Ireland reached 2nd place in the Salvation Army Cup last year – in the second tier of the tournament – where they lost the final to Bulgaria 6 to 4. The Irish team achieved 10th place in the overall competition last year.

We will bring you more on the match & news as it unfolds later today….

If you haven’t already, please visit the lads Facebook page and show your support