North Dublin Hyundai dealership Hutton & Meade announced their new Media Brand Ambassadors, the Car Company have formed a new partnership with two members of the Irish Women’s Sevens Rugby Team.  Lucy Mulhall and Jenny Murphy  have joined the company’s social media team, through their Players Association, IRUPA. The Girls will both receive two brand new 161 registered Hyundais, and they will also work in the dealership from time to time  producing some exciting digital content for the Hutton & Meade’ social media channels. 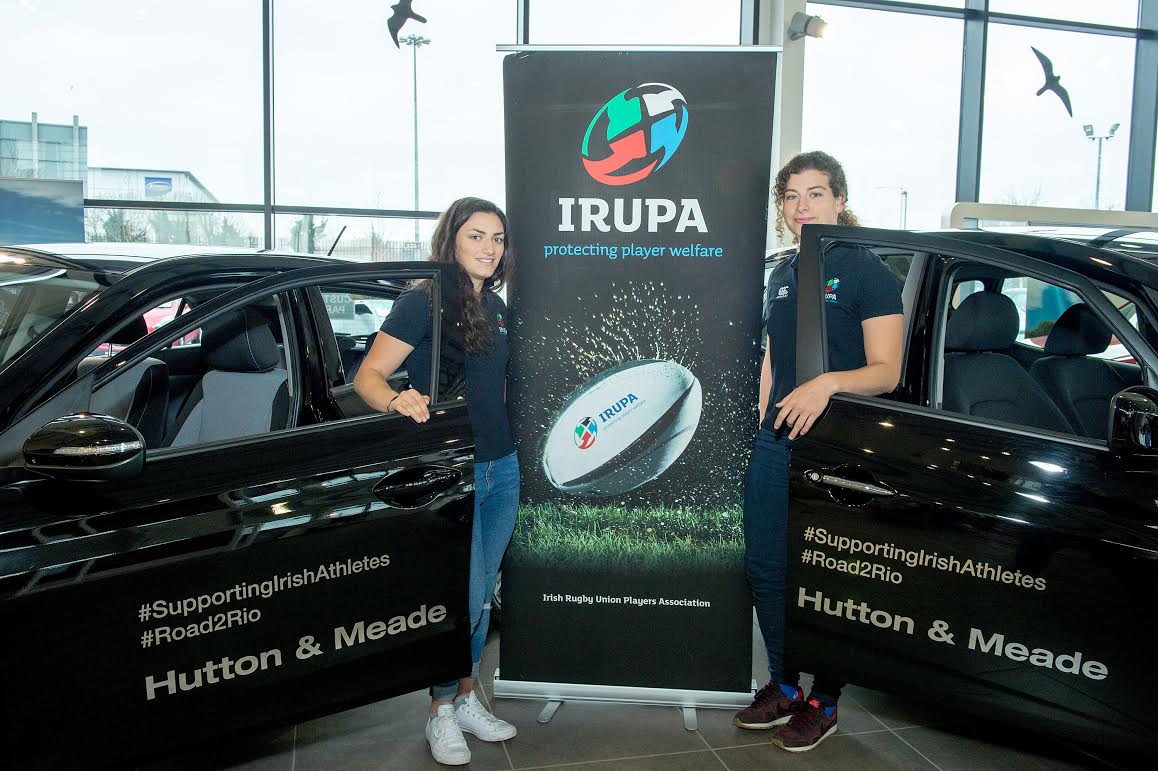 Lucy is the current captain of the Ireland Women’s Sevens squad. Lucy won an All-Ireland Ladies Junior football title with them in 2011 while representing her native county Wicklow and also plays for Trinity College, where she is a student of radiation therapy. Lucy successfully led Ireland to qualification for the World Rugby Sevens Series. In August 2015.

Jenny & Lucy had this to say about their new roles;

Lucy Mulhall, captain of the Irish Women’s Sevens, “For Jenny and myself to be associated with a company like Hutton & Meade is a reflection of just how far the women’s game in Ireland has come over the last couple of years.
Through the Affiliates Scheme at IRUPA, we’re delighted to have been chosen as Media Brand Ambassadors for Hutton & Meade. We look forward to sharing and promoting our journey that hopefully will end with us flying the Irish flag for the women’s rugby in Rio.”

Jenny Murphy, Irish Women’s player, “Through IRUPA and Hutton & Meade we were exposed to an interview process that eventually led the two of us to be selected. As Media Brand Ambassadors we are tasked with showcasing the dedication and commitment of our fellow female athletes in what is sure to be an exciting 2016.
We look forward to working alongside Hutton & Meade to deliver content that is both engaging and befitting for both parties.”

News with thanks to Leo Nulty Promotions
Published by Mark McCluskey