American ice hockey Olympic champion Angela Ruggiero has been elected as the new chair of the International Olympic Committee (IOC) Athletes Commission, replacing the outgoing Claudia Bokel and citing tackling “doping” as her priority over the next two years. 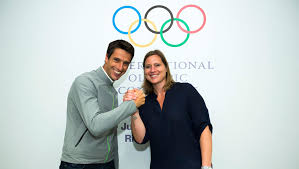 Ruggiero had been considered the favourite to take up the role, with the American having been serving as the Commission’s vice-chair, with the position also seeing her join the IOC Executive Board.

The 36-year-old, who won gold at the Nagano 1998 Winter Olympics, was elected following a vote by the members of the Commission.

Angela Ruggiero is the current Vice-Chair of the Commission, which acts as the voice of the athletes within the IOC and the Olympic Movement, and is a former ice hockey player who has played more games for Team USA than any other man or woman. 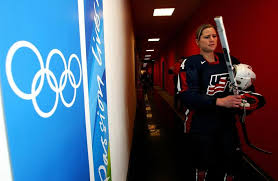 “Congratulations to Angela Ruggiero on her successful election,” said President Bach. We will welcome her to the IOC Executive Board. I am sure that, with her determination and her great experience, she will make a huge contribution. The EB will be very happy to engage with her and all the members of the Athletes’ Commission for the sake of all the athletes. I would already like to thank Claudia Bokel for the great work she has done, and we offer her our full support in the important work she has to do in these final few weeks of her term of office.”

After the meeting, Angela Ruggiero said: “I am grateful for the trust my fellow IOC Athletes’ Commission members have put in me and my work. It is an important time within the Olympic Movement and our Commission has a great responsibility. I will make sure our voices aren’t just heard, but that they are effective and that we empower athletes around the world to do the same.”

After four years at the helm of the Commission, Claudia Bokel will see her term of office come to an end at the conclusion of the Olympic Games Rio 2016.

Bokel congratulated Ruggiero, saying: “It has been such an honour to represent the athletes’ voice over the past eight years. I have had the pleasure to work with an amazing group of people within the IOC Athletes’ Commission and my colleagues on the IOC Executive Board. I have worked with Angela Ruggiero as the Vice-Chair over the past two years, and I am convinced she will continue to be the voice of the athletes within the IOC Executive Board and the Olympic Movement. I wish her and the IOC Athletes’ Commission the best of luck for the future.”

Below we have a video of Angela struting her stuff on the ice against her male counterparts, showing that woman are just as good if not better than men on the ice…