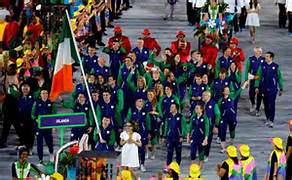 With a flourish of red and white, flag-bearer David Eng led Canadian athletes into the opening ceremony of the Paralympic Games in Rio de Janeiro.

“This is a moment I will cherish forever,” Eng told The Canadian Press. “I’m feeling so blessed. It was an even greater feeling to have my wheelchair basketball teammates enter the stadium right behind me and to share this precious moment with them. I love them so much.”

Like their Olympic counterparts that marched into Maracana a month ago, the Canadians were dressed smartly in red blazers, the backs emblazoned with giant Maple Leafs. The team received loud applause from the Brazilian fans.

Just over two weeks ago, when the Olympics drew to a close, there were concerns the Paralympic Games would not even go ahead at all. 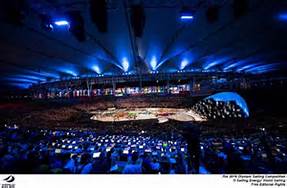 Whether it was a lack of ticket sales, the closing of venues or several teams lacking the funding to send athletes to Rio, it seemed there were no end of obstacles standing in the way of organizers.

“Never before in the 56-year history of the Paralympic Games have we faced circumstances like this,” International Paralympic Committee president Philip Craven told reporters at the time.

However, as the first fireworks exploded and then disappeared into the sky above Brazil’s iconic Maracana stadium, the worries of the recent past became a distant memory.

If there were any concerns Rio would struggle to regain the high experienced during the Olympics, they were quickly dispelled as Aaron Fotheringham — otherwise known as Aaron Wheelz — drew rapturous cheers from the crowd as he back-flipped through the air.

The extreme wheelchair athlete got the opening ceremony under way against a backdrop of fireworks exploding out of the Maracana’s circular roof.

What followed was four hours of color, samba and 4,300 Paralympic athletes partying their way into the night — those that didn’t have to be up early to compete that is.

Winter Paralympic medalist Amy Purdy put her dancing skills, which she honed during “Dancing with the Stars,” on display as she performed with a robot.

The ceremony ended with an emotional passing of the Paralympic torch, during which 1984 Paralympian Marcia Malsar fell to floor, but was met by a deafening roar from the crowd as she stood up and completed her leg.

For Full Highlights & News of the Games Visit
https://www.paralympic.org/paralympic-games