England’s professional sevens player, and ‪World Cup‬ winner, Rachael Burford, has opened the first Rugby‬ Academy for girls and women in the UK. 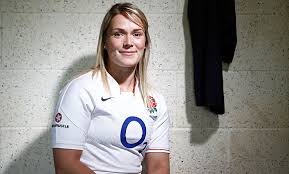 The ‪‎Burford Academy‬ is designed to inspire young girls to take up the game of rugby and in so doing help them develop their abilities and confidence, unlocking their potential both on and off the field.
The Academy will be open to all ages and abilities, initially aimed at U18s but will cater to Seniors (over 18) and under 10s later this year.
At a time when authorities are bemoaning the fact that so few girls take part in sport, the Burford Academy will offer a fun environment in which to learn new skills and get fit. It will also provide girls and women with inspirational role models, encouraging them to follow their dreams.
The first camps will take place on 28 March in Surrey and 31 March in Kent
When Rachael was asked what has driven her to take the step from mentoring and school visits to actually opening a rugby academy! She had this to say:
“I used to work for the England ‪#‎RugbyUnion‬ and designed and ran rugby camps which I really enjoyed but it was a little ad hoc. I decided that it would be a great idea to organise something more structured and focused completely on women and girls. There are a lot of camps out there for boys but I wanted to do something purely for the women and girls”.
“The aim is to attract more girls into rugby, keep current girls in the game, and to show them all that rugby has to offer, to give them confidence to fulfil their potential both on and off the field. The ethos of the Academy all about enjoyment and I firmly believe that developing/encouraging a player on and off the field yields better results”.
“I would also like to create a legacy seeing my family name continue to be associated with rugby for a long time to come”.
Rachael comes from a rugby mad family and started playing at just 6 years of age when she joined Medway RFC; at 16 she made her debut for the under 19s and also joined Bath Academy.
At the age of 19 earned her first call up to the England senior side (having previously played for the U19s, England Academy and England A). Shortly after her 20th birthday Rachael debuted for the England senior side at the IRB Women’s rugby World Cup in Canada, where England lost in the final to New Zealand.After winning the World Cup Rachael was one of just 20 players awarded professional 7s contracts with the aim of qualifying a team for the ‪#‎2016Olympics‬ in ‪#‎Rio‬, which the team achieved in 2015. Rachael is also known for winning the RPA England Women’s Player of the Year 2014, Below we have a video courtesy of Rugby Media showing Racheal speaking about her winning the RPA England Women’s Player of the year Award.
Video Courtesy of Rugby Media