The competition for the opportunity to join ‪Team Ireland‬ on the journey to‪ Glasgow‬ for this year’s Homeless World Cup 2016 was fierce, with players from Irish Homeless Street League competing for the chance to represent their country. 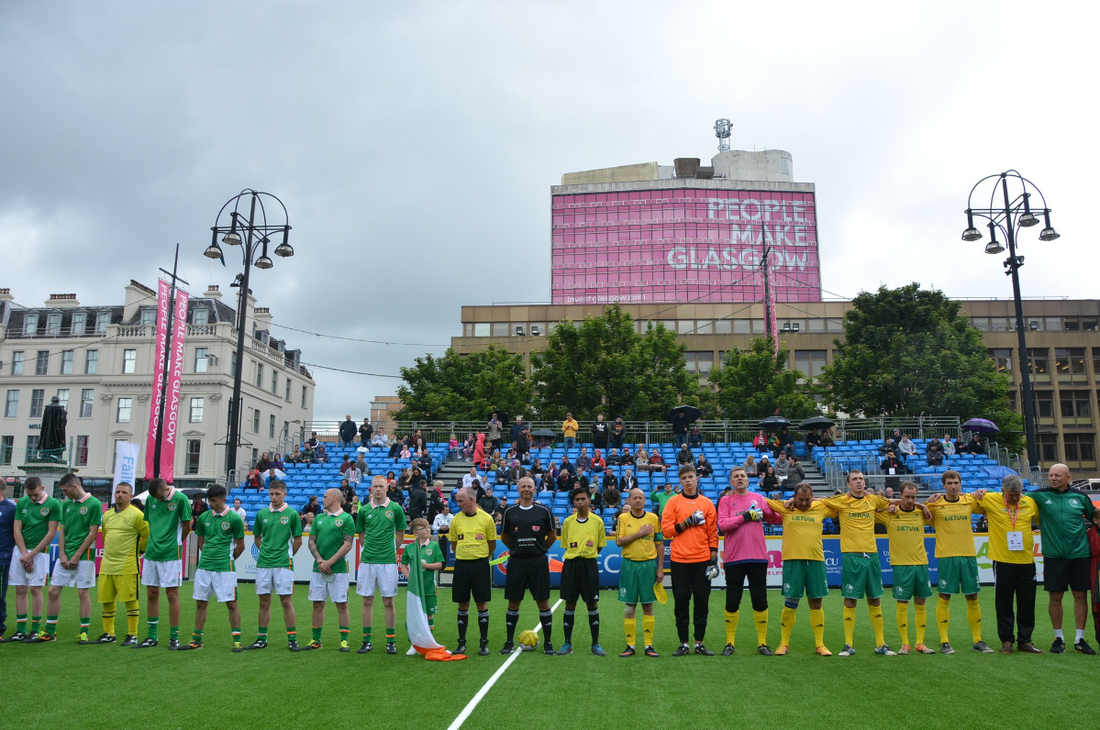 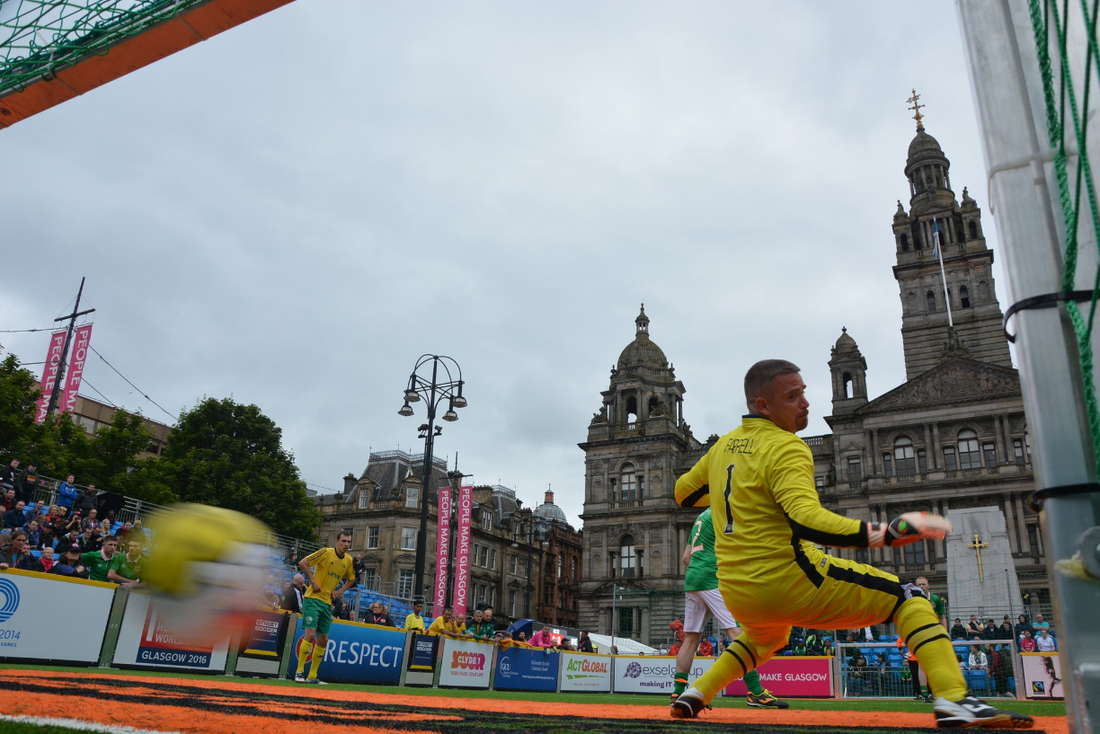 Team Ireland then Powered through their two group matches against Group favorites Bulgaria  which ended 11-4 and the USA  which also ended with Ireland winning 13-3.

It has been an impressive attacking display from Team Ireland so far, which has literally blew all their opponents away.

Thus far it would be unfair to single out any individual player as the whole squad have been so impressive, so much so that the team Ireland coach, Thomas Morgan was able to change his selections for each game without it affecting the balance of the team.

Team Ireland Goalkeeper John Farrell has put in a solid performance throughout each game and with all of the team Ireland players scoring in this unique 4 aside Street Soccer World Cup tournament, it is looking ever more likely that team Ireland will do an amazing job this year. 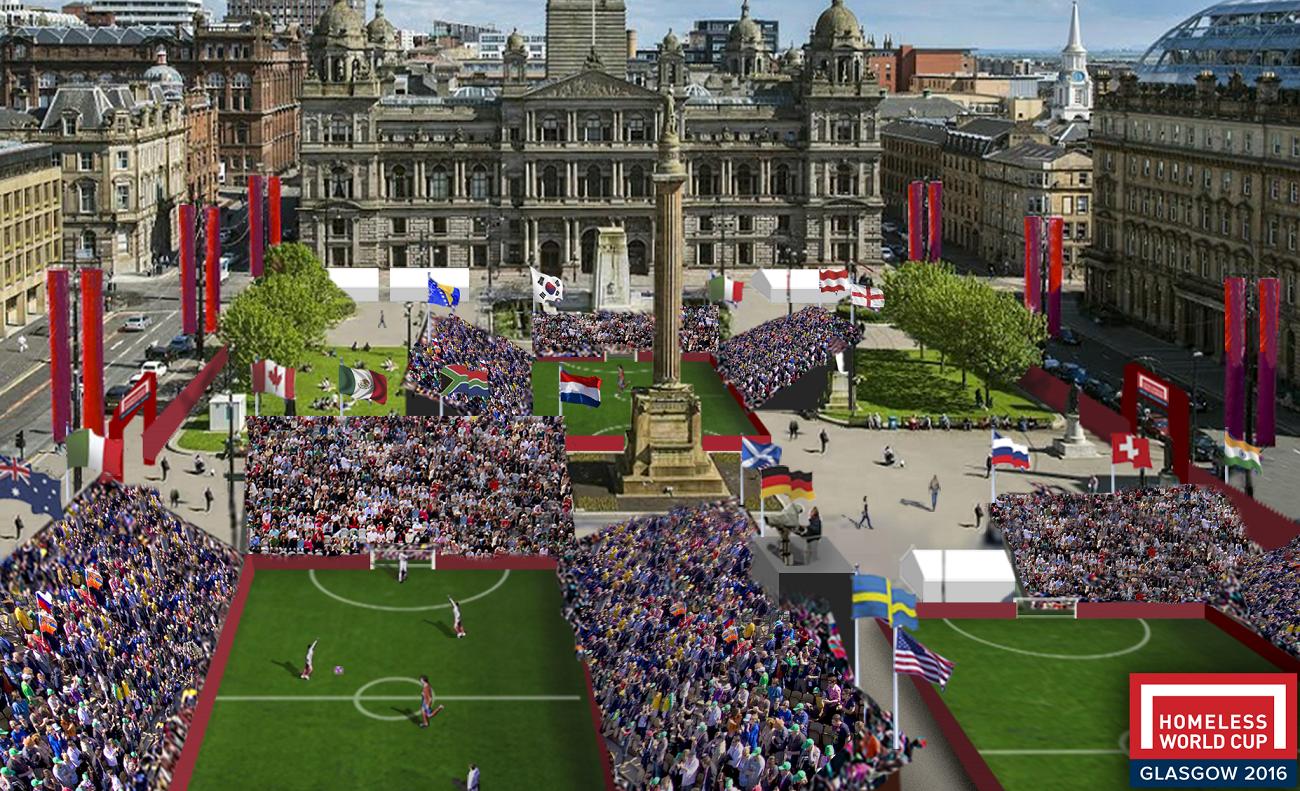 Check out all the latest news from Glasgow at any of the links below;